HB 660 voted down by the House Environment and Agriculture Committee 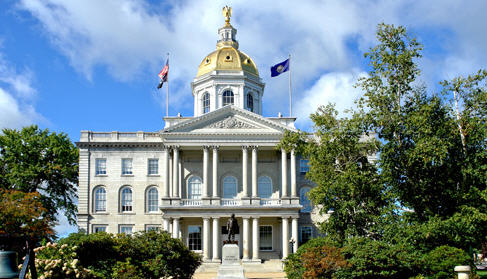 On November 7, 2013, the Massachusetts House Environment and Agriculture Committee voted down HB 660, a bill requiring foods sold in Massachusetts derived from genetically modified ingredients to be labeled.  The committee voted 12-8 against “Ought To Pass” on an amended version of HB 660 and 13-7 against “Ought To Pass” on the original version of HB 660. The original bill now moves to the Massachusetts House of Representatives with “Inexpedient To Legislate (ITL)” recommendation by the Committee where the chamber is expected to consider HB 660 and any possible amendments in early January 2014. For more information about HB 660, please click here.

Here is an article from the Monitor describing what happened on November 7th.

A House committee yesterday dealt a blow to the effort to require special labels on food sold in Massachusetts if it’s the product of genetic engineering.

On a 12-8 vote, the House Environment and Agriculture Committee recommended the full House kill a bill that would require food products containing genetically modified organisms, or GMOs, to be labeled as such.

Critics said the bill could be expensive to enforce, might be struck down by the courts as unconstitutional and addresses an issue that’s more properly handled by the federal government.

Some committee members also said claims by GMO skeptics that such products carry significant health risks may be overblown.

“I think that for Massachusetts to mandate labeling at this point in time is a rush to judgement. . . . Scientists will tell you that there has been no hard, fast evidence that genetically engineered products are causing the diseases and allergies and cancers that we’re afraid of,” said Rep. Jane Johnson, a Swanzey Republican. “I’m not in support of this bill. I think that we need to trust the consumer to be educated and make their own choices.”

Read More about it here